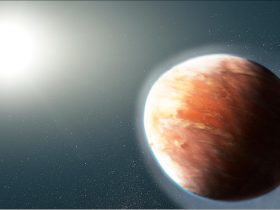 Up to 1 million US dollars could be lost in a battle of a few hours in the online video game EVE Online, report players on Reddit. But how can a video game make such a colossal sum disappear?

In a publication that briefly dominated Reddit’s most popular discussions, the CSMprogodlegend user described the events that led to the “9-4RP2 Keepstar” clash that began late Tuesday afternoon. It also explains how the amount of 1 million US dollars was calculated.

A simulation full of nuances

EVE Online is an extremely complex online video game that simulates life in a world reminiscent of Star Wars . Players embody the captain of their own spaceship and can evolve in this world in the way they like.

Players’ activities sometimes allow them to receive virtual currency, called ISK. This currency is used to make various transactions that motivate the role of each player.

For example, those who play traders can use it to buy resources on one planet and sell it for profit on another planet. Those who play pirates can try to attack merchants to steal their merchandise and reap the benefits for them. Those who work in law enforcement can get a bonus for catching a bandit.

A virtual or real currency?
This virtual currency is associated with a real money value because of the EVE Online subscription system , which is the basis of the game. To play EVE Online , a user must pay a monthly subscription (US $ 14.95). at the basic rate). Some players choose to buy real money subscriptions and resell them on the internal market in exchange for ISK.

For this reason, all the goods you can buy in EVE Online have real money value. This can range from the most mundane resource for traders to the best-equipped combat spacecraft for ship traders.

The most expensive ships in the game, the Titans, are worth at least US $ 4000 each. This value can be recovered by a player if he decides to sell his account in exchange for real money. It can also be lost if the ship is destroyed in a battle.

In 2014, the last major EVE Online war made headlines in many mainstream media because of the $ 300,000 lost in a matter of hours. The two opposing sides had lined up about 80 Titans each, plus thousands of other smaller ships, some of which had been destroyed.

In Tuesday’s 9-4RP2 Keepstar battle, no less than 500 Titans must confront each other. At the start of the battle, late Tuesday afternoon, more than 6,000 ships of different sizes were gathered on the battlefield and more ships were expected.

When fiction mixes with reality

CSMprogodlegend describes EVE Online as a video game that most players like to hear about, but which they would never want to play. Indeed, the extreme depth of this game makes it very difficult to approach for a non-initiate, but also leaves plenty of room for players’ free will.

In almost 15 years of existence, this peculiarity has allowed the community to form large groups (called factions) which are so much political intrigue that they sometimes get confused with reality. A book – Empires of EVE – has even been written to tell the backstage games of the first seven years of the video game, which led to the first great war of EVE Online , in 2010.

And the events that led to the 9-4RP2 Keepstar battle would have the potential to constitute the continuation of this book.