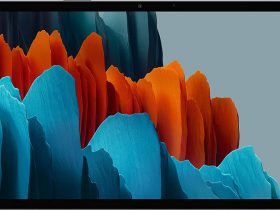 Huawei MatePad Pro 12.6 vs Samsung Galaxy Tab S7+ vs iPad Pro 12.9 – Which One Has The Most Advantageous Specs?

The piece of news comes after CNEOS – NASA’s Center for Near-Earth Object Studies – confirmed the path of the asteroid on the 15th of April, 2020. The asteroid that’s orbiting the Sun was identified as being an “Earth close approach.” But it does not represent any kind of danger for us.

NASA stated: “As they orbit the Sun, near-Earth objects (NEOs) can occasionally approach close to Earth. Note that a ‘close’ passage astronomically can be very far away in human terms: millions or even tens of millions of kilometers.”

Asteroid GA3 is actually an Apollo-type NEO, that’s flying around the Sun on a trajectory that crosses Earth’s orbit. All the asteroids that are NEOs are classified this way if they orbit the Sun Sun from within 1.3 astronomical units. One astronomical unit is represented through the distance between the Earth and the Sun, that’s about 93 million miles (that’s about 149.6 million km).

According to NASA, the asteroid will be about 8.08 Lunar Distances from Earth at its closest. After it’s done with its journey, it is not expected to come back ever again. However, the asteroid has visited us in the past, in September and November 1966.

They also found out that the asteroid measures between 85.3ft and 193.5ft (that’s 26m and 59m) across. It is also taller than the Leaning Tower of Pisa in Italy. This one is clearly big enough to survive, hitting Earth’s atmosphere.