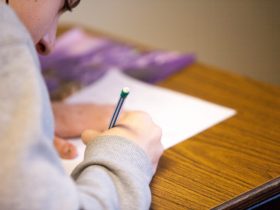 On Tuesday, Google launched its Stadia cloud video game platform, which offers the ability to play from any screen without a console or a powerful computer. The web giant firmly believes that it represents the future of video games.

In 14 countries, including Canada, players can now subscribe to Stadia Pro for $11.99 per month.

This price includes the use of remote technology, 4K resolution, 5.1 sound, access to the catalog of paid games and Access to Destiny 2 and in Samurai Shodown . A different free game will then be offered each month for people subscribed to Stadia Pro.

Stadia has 22 titles at its launch, including Assassin’s Creed Odyssey and Mortal Kombat 11 , and some 30 will be added by the end of the year.

The technology giant is now offering a launch package including a three-month subscription, a Chromecast Ultra device to connect to a TV and a controller designed by Google for $169.

It is possible to use any other USB controller, such as the PlayStation 4 or Xbox One, to play.

A free subscription must also be proposed in 2020, but it will offer less efficient technical features, such as lower resolution and stereo sound.

A different model than Netflix

Stadia is primarily a virtual machine. Unlike streaming platforms like Netflix, its business model is primarily based on the sale of games per game, as do other services such as Xbox Live and Steam.

In the end, Google promises to switch from one screen to another without any delay, starting a game on computer and then continuing on a smartphone, for example.

At launch, Stadia only works with a few devices like the Chromecast decoder to play on a TV and the latest Google smartphones (Pixel 3 and 4), the only phone that can receive the signal from Google’s servers.

Does it work well?

Several specialized media delivered their first impressions of Stadia earlier this week. The consensus that seems to emerge from their tests is that the platform is impressive, but perfectible.

This is because cloud computing is likely to experience a transit delay, an obstacle that traditional consoles should not face. The controller must send its commands to a server, which then returns the data to the screen. It seems that latency is indeed present with some games, but it is not as noticeable as some people feared.

The IGN site believes that Stadia does not give the impression that it is broadcasting a game live , but that the illusion breaks when a title requires more precision. Shooting games like Doom Eternal or fighting games like Mortal Kombat 11 are some of them.

The latter would also be unplayable without an Internet connection at very high speed, according to the site Gamespot . But when everything works as it should, Mortal Kombat is not far from the real game , continues their article.

Journalist Sean Hollister of The Verge says the platform is more reliable than any other similar service [he] has tested in the last decade , but still appears to be in beta mode. He advises to wait until 2020 before subscribing.

Indeed, many of the features promised by Google, such as the ability to play directly to a game after seeing its advertising on YouTube, are not yet available at launch. Several social aspects of the platform, much of which is dedicated to the live broadcast community, are also missing.

The fact remains that Stadia seems to fulfill its primary mission, in addition to the few slowdowns and disconnection errors. The image quality is also praised by many people who have tested the service, who say that it really feels like playing a 4K console.

Critics also had very good words for his controller designed by Google, which has a good weight and is comfortable, according to the site Polygon.