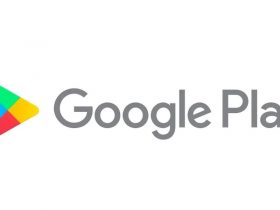 It was recently confirmed that Pokemon Legends: Arceus will be launched on January 28, 2022, after the Brilliant Diamond and SHining Pearl release on November 19, 2021.

In contrast to the remakes, Arceus legends will be taken care of by GameFreak directly.

The developer team appears to be investing some serious resources into the development of the title, so we are pleased to see a new step of the popular game franchise unfold with the new game.

Pokemon Legends: Arceus takes place in the Sinnoh region, sometime before the events of Pokemon Diamond and Pearl.

The player encounters the Pokemon they’ve met in the games but in more remote and captivating environments.

Players get to commence their trip at a time when Pokemon Trainers were a rare sight.

They’ll get to take control of PokeBalls constructed of primitive wood, which were announced as a change to the staple mechanic.

The game allows players to roam the wild, watching and analyzing the Pokemon before even trying to catch it. Players go to that area in an attempt of building the first Pokedex of the region, which sounds like a tedious task at first.

As you progress with your journey, you uncover the legend of Arceus, the origin of the region where the game takes place, and maybe that of the whole Pokemon Universe.

We can’t wait to get our hands on the new game and spend hours upon hours with it!

The premise that you can learn the legend of the legendary Pokemon and see how it is tied will undoubtedly get gamers hooked for a while.

Stay tuned for more information about the game!