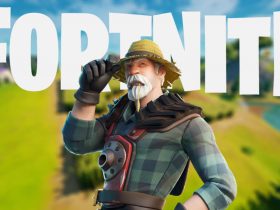 Sony has announced that PS5 will finally get the M.2 SSD support. It will be available for beta users for now. The support page of the PS5 console has given us a lot of details about it.

First of all, it’s only for beta users, which means that the features and specs from the page will probably be changed before they release the final product. We don’t have any specific dates, tho since Sony is saying that the update is “upcoming“.

When it comes to the M.2 SSD drives, it’s a bit different. It can, and it cannot be used with the console. It must be a  PCIe Gen4 NVMe drive and a read speed of 5,500MB/s or faster. Single and double-sided drives are supported.

Also, any M.2 drive that’s installed will need a heatsink in order to get rid of all of the heat generated by the SSD. Many of the drives do not come with the integrated heatsinks. Look for one that has a built-in heatsink, but that’s not more than 11.25mm tall. Or buy one that’s separate, but you will need to install it yourself.

The SSD can range from 250GB to 4TB, so you have a lot to choose from.