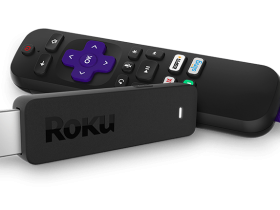 Porting Dreams to PlayStation 5 would be the next step for developer Media Molecule if the game turns out to be successful on the current generation Sony console.

Here is what Mark Kealey, Dreams creative director, said to VGC at a launch event for the game in the United Kingdom the other day:

“Obviously at the moment we’re focused on PS4, and I would hope that it extends the life of the PS4, to be honest with you, then maybe when other companies start making games for it, the community will carry on making games for it, but if it’s as successful as we hope it is then it’s an obvious progression.”

VGC suggested that the embedded backward compatibility of the upcoming Sony console will make the current-generation version of Dreams automatically playable on the PS5.

“Well yeah, so I mean it works by default then, doesn’t it, that’s the thing,” Healey replied.

He added that the developers want to support the game going forward, which means that they “want to be there for the full story.”

Healey considers Dreams a platform itself, “ideally in the future, we’ll migrate to whatever is relevant.”

Unfortunately, PC gamers must be aware that a PC version is “not something that’s happening right now.”

However, that doesn’t necessarily mean that a PC version won’t ever happen.

Healey believes that a lot of that depends on where the gaming industry is headed in general.

It is also worth mentioning that rumors are saying that Sony has updated its schedule of publishing exclusives on other platforms, as a PC version of Horizon Zero Dawn seems to be on the way.

Dreams allow users to tap into their imagination and create music, breakfast art, and even whole new games using its embedded tools. Also, it comes with a designated story mode that is worth playing.