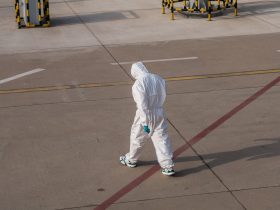 Garchomp may be one of the most powerful Pokemon to use in fights, but it has its weaknesses, just like any other Pokemon.

Garchomp is a Dragon and Ground-type Pokemon that evolves from Gabite (which evolves from Gible). Its sharp scales aren’t meant just for decreasing air resistance, as they can also deal damage to any opponent who attacks them.

It has a maximum CP of 3,962, and its signature moves are Dragon Tail and Outrage. They deal the most DPS (damage per second) and are the best for PVP battles.

The Pokemon is particularly effective against Pokemon like Dratini, Dragonair, and Kingdra.

Better stock up on Poké Balls, Trainers! #PokemonGOCommunityDay featuring Gible starts in just a few days! 🦈 🤩 Spread the news by tagging a friend below! pic.twitter.com/ox9VJPGXrj

Garchomp is particularly strong against Electric, Poison, Fire, and Rock-type Pokemon, but it is weak against Dragon, Fairy, and Ice types.

These are the best counters you should use when fighting a Garchomp:

All those counters are excellent for all battles against Garchomp.

Whenever you go into raids and PVP battles with powerful Pokemon like Garchomp, using extra revives and potions to help the Pokemon is crucial.

Also, it would help if you kept in mind that Garchomp is boosted by sunny and windy weather.