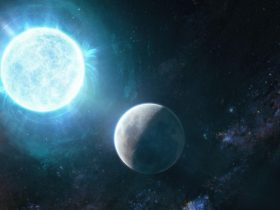 Smart glasses company North’s second-generation of Focals will feature a camera, as it was recently confirmed! Details about the new digital eyewear were revealed ahead of their official release. The smart glasses were announced in late 2019, and they promise to be lighter, smaller, and even more practical than the first generation was. Still, the introduction of a new camera module is the most controversial and glamorous aspect.

The company kept details about Focals 2.0 relatively close to its chest. The updated glasses will be thinner and lighter, as promised. They will include a “new 10x improved retinal display” that will present notifications and alerts right into the eye-line of the wearer.

However, the company teased that the second-gen glasses will have some other advanced capabilities: “We’re moving beyond a heads-up display that offers instant access to your digital life toward a future where computing moves into the world around us.”

It looks like they are hinting towards an augmented reality style of eyewear. They will also include a broader range of prescription support so that even more potential customers will find them adequate for their lifestyle.

Co-founder Stephen Lake has posted a video seemingly recorded with his Focals 2.0 on Twitter, and that is more than enough to provide a sneak peek at the camera module’s performance:

The view from my @focalsbynorth #Focals 2.0, in quarantine in Waterloo 😎 pic.twitter.com/DUlhHGOro0

We can safely say that cameras embedded in wearables have proved divisive over time. We can only recall the failure of Google Glass, which found itself in a privacy scandal nightmare because of its embedded camera. Speculations made people feel unsafe and concerned about their privacy when wearing Google’s glasses, but we can only hope that North’s Focals 2.0 will be more fortunate.