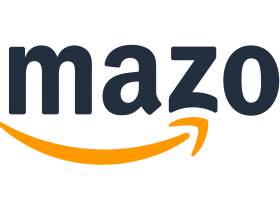 Amazon Account Got Temporarily Locked: Fix the Issue in Just a Few Steps

Samsung is awesome when it comes to making smartphones, but some of the haters of the giant tech company from South Korea might say that it’s not capable of doing anything else. Well, they should reconsider their attitude, because Samsung will launch its Galaxy Chromebook on April 6.

The upcoming laptop is a true beauty, and it also packs some powerful hardware: 8GB of RAM (LPDDR3), and an SSD of 256 GB are only some of its key features.

The Galaxy Chromebook is also equipped with a more powerful processor than most Chromebooks already available on the market: a 10th-generation chip from Intel. This assures some impressive performance of the gadget, and along with the RAM memory, it can provide the user with an excellent gaming experience or when it comes to performing some other tasks. Furthermore, the SSD storage should be enough to have some great games installed, although it’s true that an extension in this area what have been a good choice.

However, Samsung’s upcoming Chromebook can also be used as a tablet, like most laptops nowadays. All you have to do is remove the keyboard and use the stylus included in the package to manage what is shown in the screen. Of course, you should also be able to use the gadget like a tablet even without a stylus. Samsung describes its Chromebook as follows:

“Beautiful performance, even better looks. With its 4K touchscreen, powerful processor, 360° convertible design and built-in pen, the new Chromebook’s ready to knock any project out of the park.”

The device is also very slim and elegant:

“Incredibly slim with a flexible nearly 360° hinge, the Galaxy Chromebook works as a laptop, tablet and everything in between. Plus, an ultra-thin bezel provides maximum screen. “

You can buy the upcoming Galaxy Chromebook from Samsung and Best Buy, starting April 6 for the minimum price of $999. The gadget is indeed expensive, but we believe it’s worth all the money.